From north to south, there are over two hundred kilometres of coastline just waiting to be discovered. It might be the same sea, but it looks different. Navy blue framed by a sun-kissed sky and a carpet of ivory white sand. Apart from its fine sand beaches, the Costa Blanca is also defined by beaches of pebbles smoothened by the waves and dunes that stretch out, changing with the wind. Discover secluded coves, breathtaking cliffs, underwater caves, and forests that roll down to the shore. If you’re looking for sun and sand, you’ll be spoilt for choice. The beaches open up a whole world of possibilities. A motley collection of towns and cities provide visitors with top quality services and paint a clear picture of the province. A varied tourist offer and a climate that is mild all year round make the Costa Blanca a destination worth coming back to.

The sun shines in every season. This Mediterranean area enjoys mild winter temperatures that attract visitors to the coast outside the summer months. The Costa Blanca is the perfect destination for water sports, diving, windsurfing, or for a leisurely stroll along the seafront.

The Costa Blanca boasts two Marine Reserves that conceal stunning underwater treasures. Cabo de San Antonio, between Dénia and Jávea, and the island of Nueva Tabarca, in Alicante, are inhabited by an abundance of marine flora and fauna.

The sea sometimes filters inland forming mirrors of water. The Las Salinas salt lakes in Santa Pola and the Las Lagunas de La Mata lagoons in Torrevieja are beautiful wetlands that are home to a wealth of environmental treasures.

A land of blue hues, mountains and fertile valleys.

In the Costa Blanca you can breathe in the sea breeze, and also enjoy the mountain air. The inland areas of the province of Alicante conceal captivating sights. The landscape invites adventure and relaxation in equal parts: hiking routes, ravines, hillsides waiting to be climbed, caves that descend below the surface of the earth, and towering summits that float above the horizon. The Costa Blanca is also home to a succession of beautiful nature parks, which can be found both on the coast and inland. The varied inland landscape is crowded by thick vibrant woodland perfumed by aromatic plants, valleys populated by cherry trees, almond trees and vineyards, and wetlands where rice is grown. Towards the south, there is a World Heritage palm grove, and smallholdings that stretch out in the fertile lowland around river Segura. A genuine organic collage.

Historical places. art and culture in the mediterranean.

Populations are marked by their cultural heritage. Sometimes their legacy is immaterial. For instance, the Misteri d´Elx is a medieval sacrolyrical drama listed as UNESCO World Heritage. Other historical treasures date back to bygone times, such as the El Palmeral palm grove, in Elche, another entry on the UNESCO World Heritage list. The 200,000 specimens were once part of smallholdings planted by the Arabs. The Costa Blanca is packed with vestiges of history that provide insight into the past. The Arab and the Christian cultures left behind a host of beautiful monuments in this area. Crenellated castles are perched atop mountains and hills, commanding views over the horizon. Some sit by the sea, others are located inland. Over the centuries, the coast has been lined with watchtowers that tell terrifying tales of bygone pirates.

The historical centres in many villages in the Costa Blanca have been listed as Cultural Heritage Sites. Be sure to stroll around, marvelling at the beautiful sights. Orihuela stands out for its palaces and religious monuments, declared an Artistic Historical Ensemble. 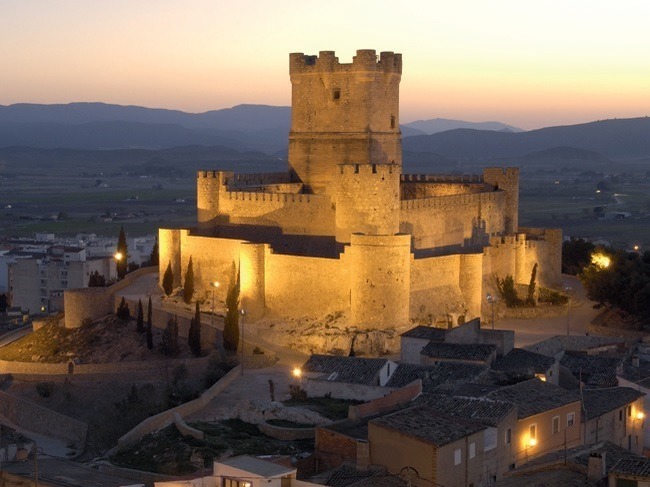 The Castle Route is a historical and cultural itinerary that covers some of the most representative fortresses in the province, mostly in the Vinalopó area. The castles are located in Banyeres de Mariola, Biar, Onil, Castalla, Villena, 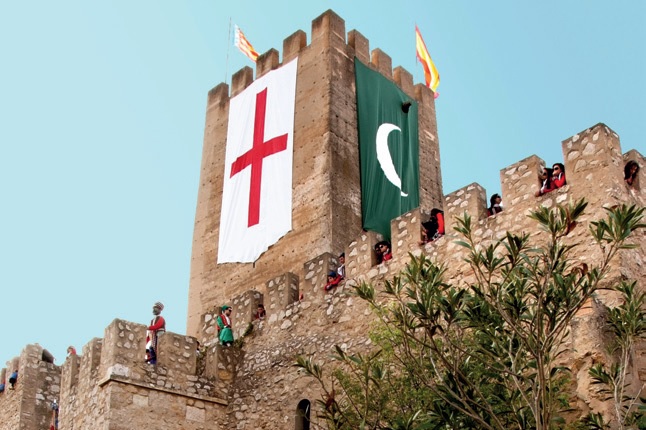 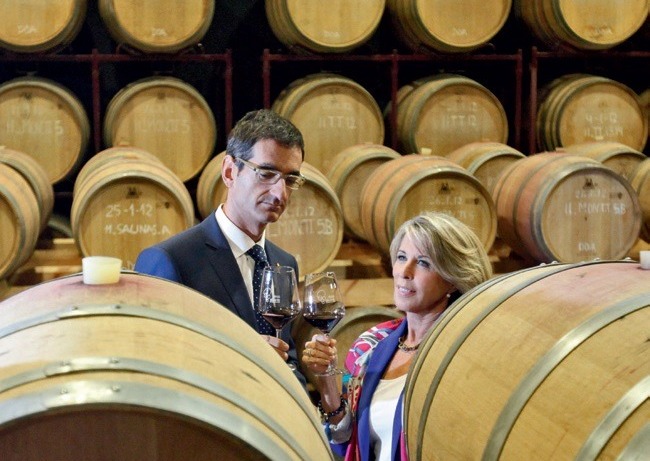 Wine enthusiasts will enjoy an appealing route that covers the wineries and vineyards in the province. The Wine Route visits Pinoso, Villena, Monóvar, Algueña, Novelda, Hondón de los Frailes and Petrer, before heading off towards the regions of El Comtat and Marina Alta.

Tradition, good soil and a great climate are the secret to many of the products with a Denomination of Origin that grow or are produced in numerous locations in the Costa Blanca. The area is home to unique fruits such as the wild cherries from the mountain areas (Cerezas de la Montaña), the medlars from Callosa d´Ensarrià, and Vinalopó Dessert Wine (grown in packages). Other delicacies include handmade sweets such as turrón (almond candy) from Jijona and Alicante, and spirit drinks from Alicante, including four autochthonous liqueurs. Wines also have their Denomination of Origin. Traditionally a wine-growing area, the main wineries are in Vinalopó, Las Marinas and El Comtat, and produce award-winning red, whites, rosés and mistelas. El Fondillón – produced using Monastrell grapes– is exclusive to Alicante, and is one of only five wines recognised by the European Union as unique luxury wines. 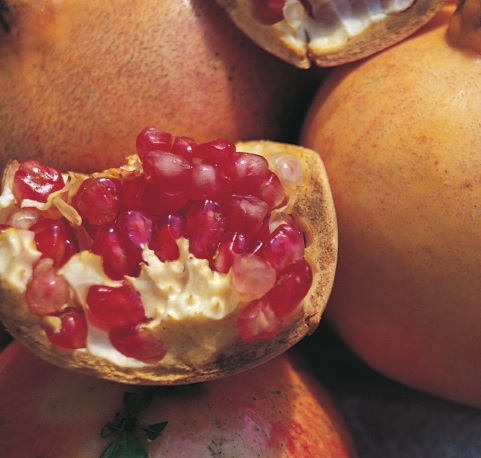 Inland or by the coast, the offer is truly varied: peladillas (sugar-coated almonds) from Alcoy, dates from Elche, chocolate from Villajoyosa, and ice-cream from Ibi. Dénia is renowned for prawns, and Guardamar del Segura stands for crayfish, ñora peppers and pomegranates. 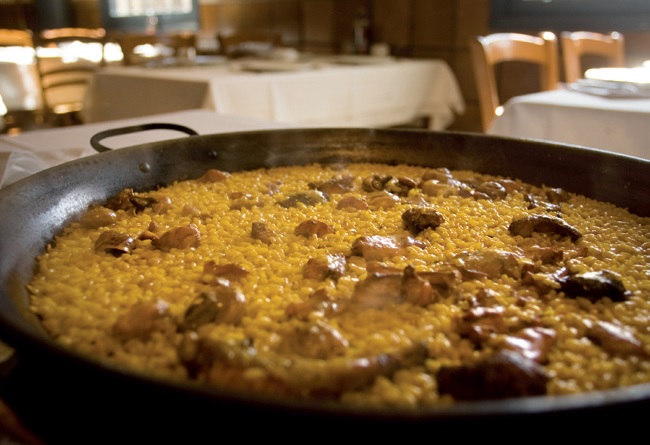 Rice is the staple of this cuisine. Order it in a caldero (stew), a banda (with seafood on the side), con costra (oven-baked rice), with rabbit and snails, or “amb fesols y naps” (with beans and turnip). If you’re heading inland, go for cocas (flatbread), gazpacho (cold tomato soup), olletas (casserole) and pelotas (meatballs). Be sure to try artichokes from the Vega Baja region, they are pure quality. 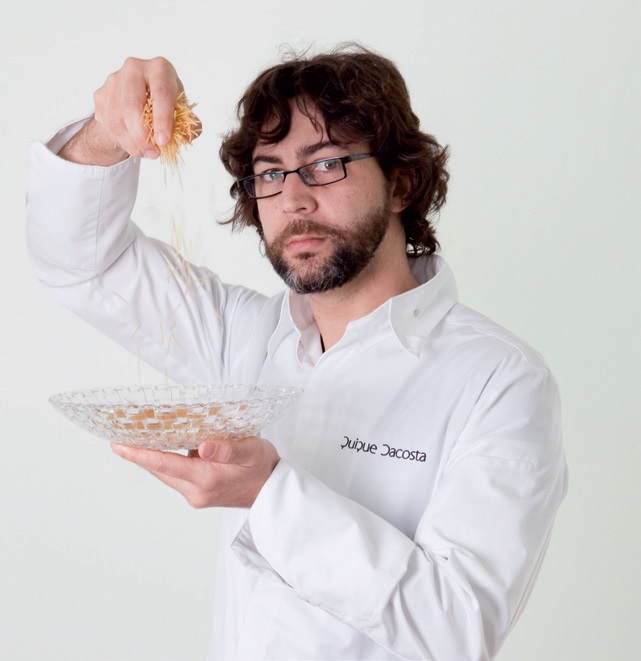 Quique Dacosta stands for haute cuisine in the Costa Blanca. His restaurant in Dénia is one of the few three-Michelin star restaurants in Spain. Elda also boasts a highly regarded culinary name: Paco Torreblanca is the best pastry chef in Europe.

Come and experience the festivities.

The Costa Blanca calendar features a host of varied and highly original festivities all year round. During the famous Moors and Christians festivity, the streets are decked out in velvet as participants parade in elegant tunics

brandishing swords and cutlasses to the beat of festival music and blunderbusses. The festivities in Alcoy and Villajoyosa have been declared of International Tourist Interest, as have the Bonfires of San Juan, in Alicante, the Misteri d´Elx, and Torrevieja’s International Habanera and Polyphony Contest. Home to secular traditions, Easter is celebrated intensely on the streets of many municipalities in the province. The festivities in Orihuela and Crevillente have been declared of International Tourist Interest, as has the Palm Sunday Procession in Elche. The Three Kings Parade in Alcoy –the oldest recorded in Spain–, the festivity of Els Bous a la Mar in Dénia, the Living Chess in Xàbia and the Fira de Tots Sants, in Cocentaina, are other popular celebrations that have also been declared of National Tourist Interest. That’s just to mention a few. Every spectacular festivity reflects the history and character of the town’s inhabitants. 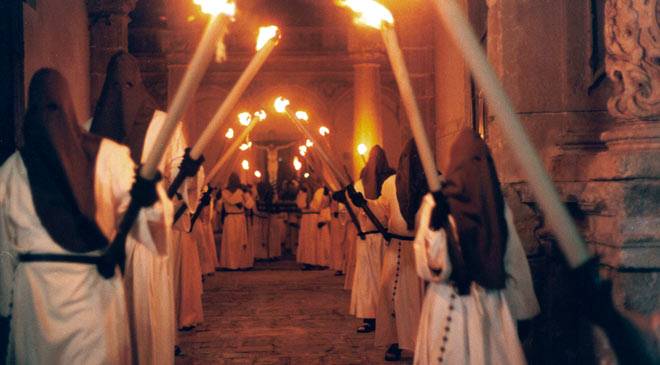 There’s more to the Costa Blanca than summer. The mild winter temperatures allow outdoor sports to be practiced all year round. The Costa Blanca has become a leading international destination for its varied offer of golf courses. Near the sea and surrounded by mountains, there are 21 courses in the region, with 3 Pitch & Putt courses. Most facilities are integrated in leisure and relaxation complexes: resorts and residential estates offer golf tourists accommodation, restaurants and relaxing spas. www.golfcostablanca.org

The Mediterranean Sea in this part of the coast is ideal for water sports in winter and summer. With 25 ports, the sport marinas and the marine resorts of Marina Alta (Dénia), Bahía de Altea (Altea) and Alicante, El Campello and Santa Pola-ENA (Alicante), there are plenty of locations for sailing, windsurfing, kitesurfing and water skiing. The area is also suited to canoeing, rowing and scuba diving. And so much more. Alicante is one of the most mountainous provinces in Spain and, as such, it is popular among adventure sports fans. The province

is the ideal destination for climbing, canyoning, bungee jumping, mountain bikes or hot air balloons, and for other calmer activities, such as trekking and cycling.

The Costa Blanca is easily accessible. Alicante-Elche Airport, is a busy airport that receives numerous international flights. Furthermore, the area has excellent connections to the rest of Spain by rail and road.

Finding accommodation in any municipality in the Costa Blanca is as easy as getting here. The accommodation infrastructure is one of the best in Spain. Several industry associations monitor the quality of the service 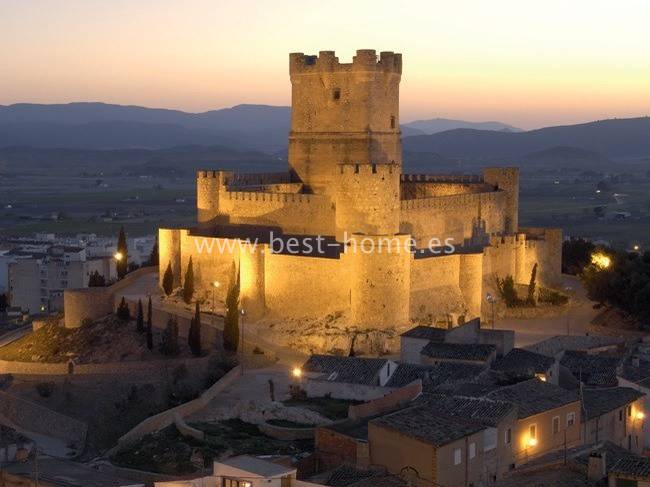 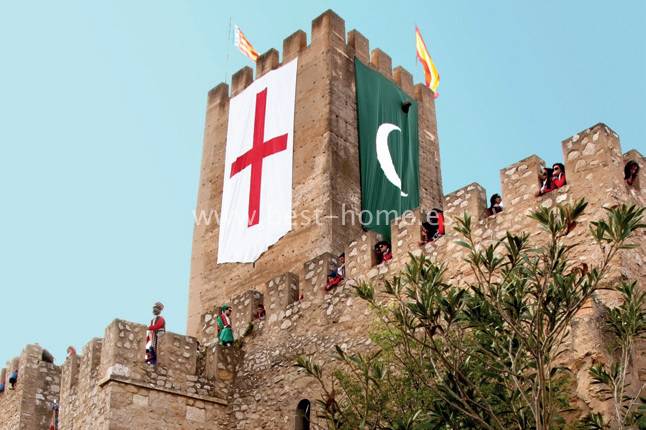 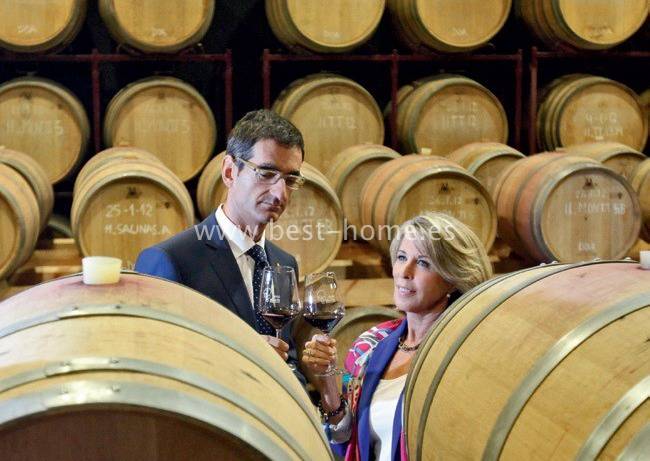 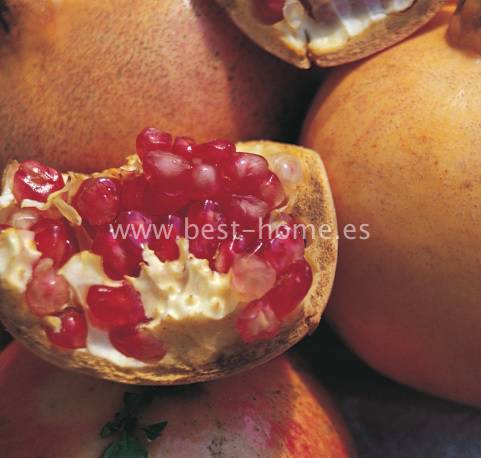 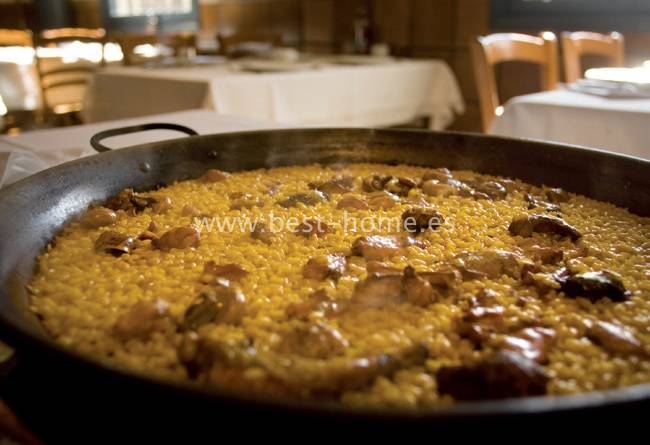 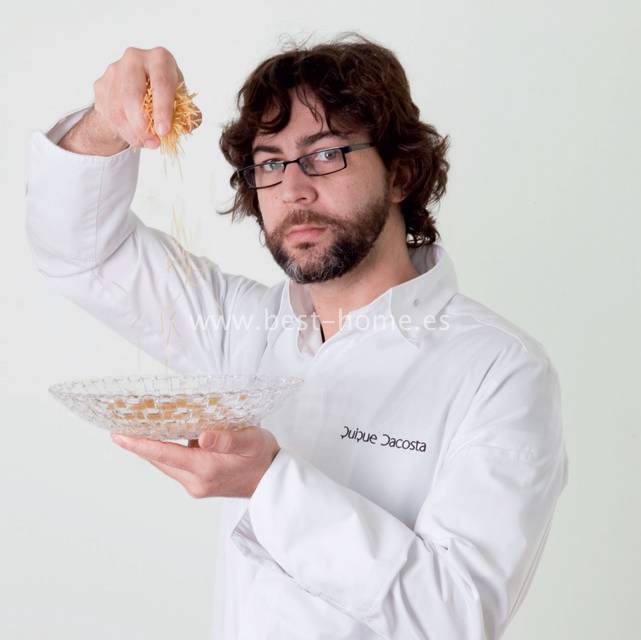 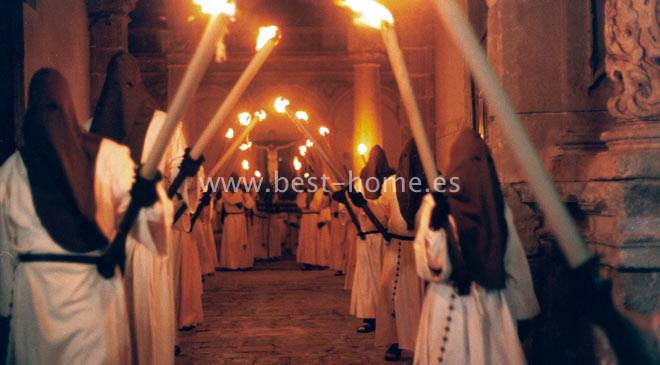